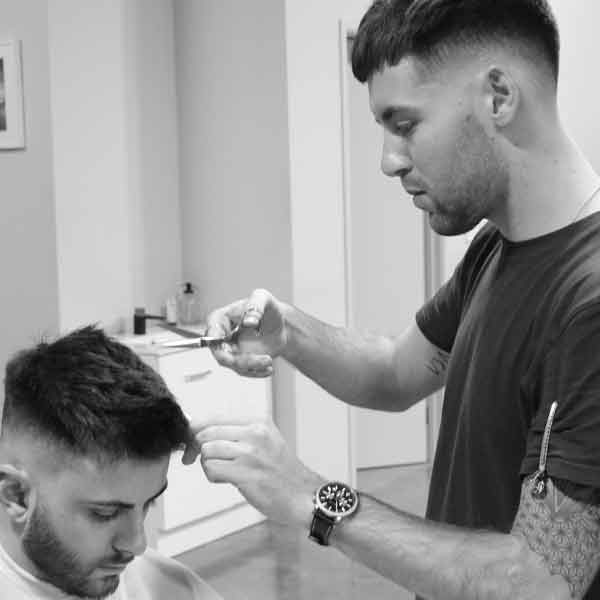 Our Irish stylist Eoin, 23, is a relative newcomer to the industry after a career as a professional cyclist. With a hairdressing background, he trained in Ireland under his mother Mairead who has been an extremely successful hairdresser & salon owner at MHD for over 30 years before fully focusing on men's hair.

Eoin was awarded Irish Barbering Apprentice of the Year for 2016. He was recently a part of Area Studio's clean sweep at the HBIA Australian Hairdressing Championships where he finished 2nd in both the Men's Athletic & Trend categories behind his 2 team members Jordon & Danny as well as placing 1st in the recent Victoria State Barber Konnect Battle.

In the hair industry, probably winning the Victorian State Barber Battle or working on the Justin Bieber Purpose World Tour. It was such a fun experience to see how a show of that magnitude operates from behind the scenes. It made me realise the opportunities that are possible if you have the right mindset!

My mother Mairead is my biggest inspiration, she has been in the industry & been a salon owner for over 30 years. She was the one who introduced me to the hair industry & gave me the fundamental skills to get started along with fellow Matakki Ambassador Paul Mac who I also consider one of my biggest inspirations. The boys at Area Studio with whom I work with on a daily basis have had the biggest influence on me & my work. We are always pushing each other to reach new levels. Sassoon, Josh Lamonaca, Alan Beak, Kevin Luchman, Jay Mahmood… So so many!

Anything spicy! I love Thai food.

Work hard & believe in yourself.

How much are your used scissors worth?